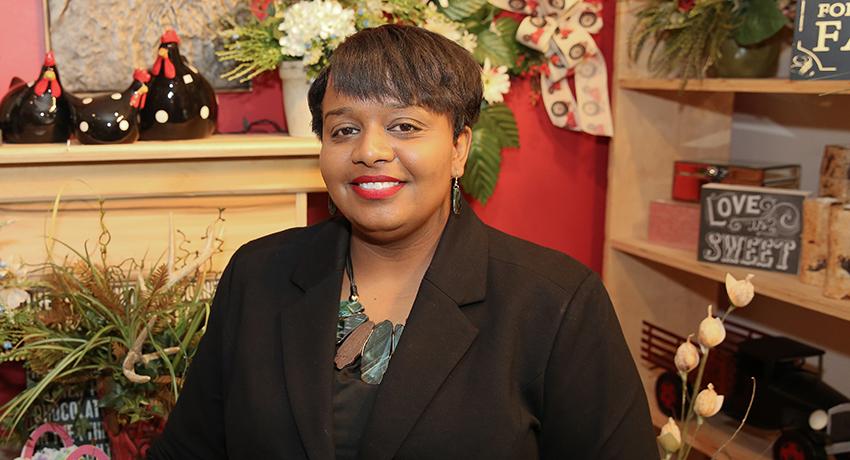 Orlinda, Tennessee is 6,934 miles from Beijing, China, but that didn’t stop a young Isabella Greene from dreaming about China and what it was like to live in Asia or Africa, for that matter. She was homeschooled in Robertson County, worked in her parents flower shop in Portland, and found joy in arranging stems and blooms. Greene took her talents to Volunteer State Community College at the age of 19. It didn’t stick. She returned again at age 25. Now the 35 year-old has arrived in Washington, D-C to work on master’s degree at American University. It’s part of a prestigious U.S. Department of State scholarship as a Thomas R. Pickering Foreign Affairs Fellow.

“I always wanted my degree,” Greene said. “I just felt that for me to get the most out of myself I needed to get a bachelor’s degree. I changed my major at Vol State several times- Business, Nursing, and Respiratory Care.” Greene still had that love of world history. A meeting with an advisor convinced her to follow her dream.  “Michelle Vandiver talked about a relative of hers that was not happy in their career and they finally made a change. She encouraged me to take the leap.”

That leap of faith led to China studies, and a mastery of the Chinese language, while at Western Kentucky University (WKU). There she also met a liaison with the U.S. State Department. He encouraged her to apply for State Department scholarships. It took several tries, a process that involved interviews, applications, and a lot of preparation. Finally, this summer, she received notice that she had been accepted.

“I balled my eyes out and so did my mother. It was very emotional. There was so much hard work that went into it. I read books and magazines and watched videos online; anything to learn about the State Department.”

The Fellowship includes two summer internships: one year working with the State Department in Washington, D-C and the other summer in an international posting. If she does well, she will serve as a U.S. Foreign Service Officer after graduation.

“Those positions are usually filled with Ivy League or large university graduates,” said History professor, Carole Bucy. “Isabella always says, whenever she is asked, how remarkable her educational journey has been.  The fact that a 35-year-old from Orlinda, Tennessee received the fellowship is a testament to the confidence she developed while at Vol State.  Now, she has become an inspiration to me.”

The international experience won’t be Greene’s first. She answered some of her childhood questions by studying in China for 10 months while at WKU. She described arriving in Beijing for the first time. “At first, I was exhilarated and then I felt culture shock when I realized it was nothing like Tennessee,” Greene said. “I freaked out. It was the first time in my life I had to find someone that could speak English.” She settled into her China experience and soon reveled in the fact that she was studying with students from across Europe and experiencing Chinese culture at the same time.

Greene knows that her Tennessee upbringing provides unique insights for international relations. “We’re in a time, more than ever, that we need to understand other cultures, which is why I want to be a diplomat. There’s often miscommunication between cultures. I would like to use commonalities to work together for a greater good.”

For information about the Social Science Division at Vol State visit www.volstate.edu/socialscience.

Pictured: Vol State History professor, Carole Bucy, wishes Isabella Greene well the day before her travel to Washington, D-C. They are shown in the family flower shop in Portland, Tennessee.