Montague Recommended for Next President of Vol State 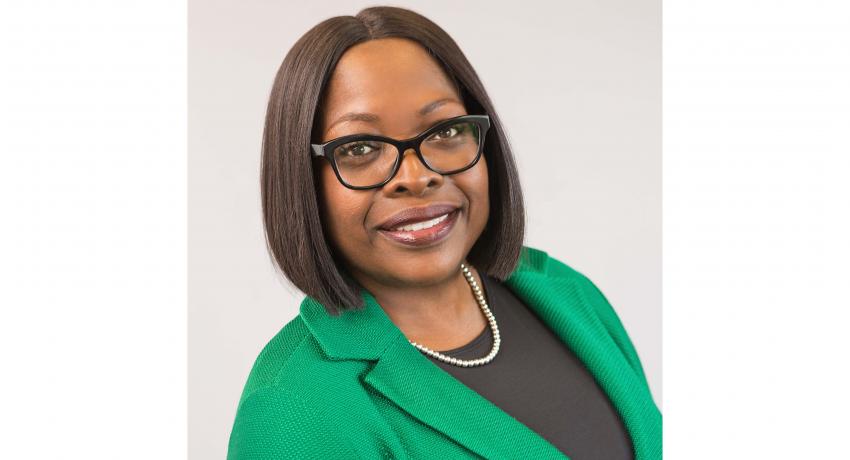 Dr. Montague was among three finalists selected by a search advisory committee last month. All three candidates participated in campus visits, including forums with campus groups and the public, June 22-24. After the Vol State campus visits and forums last month, Chancellor Tydings conducted final interviews and gathered and reviewed feedback from the public and campus communities after the campus visits in deciding on her recommendation of Dr. Montague to the Board.

Montague has been president of Tompkins Cortland Community College in Dryden, New York, since 2017. The public community college, which also has extension sites in Cortland and Ithaca, NY, is part of the State University of New York (SUNY) System. She previously served as vice president of student affairs and chief diversity officer, and dean of students, at Normandale Community College in Bloomington, MN. Earlier, she held a number of positions at the University of Missouri – St. Louis, including associate vice provost and dean of students.

She earned her Ph.D in higher education administration at the University of Missouri - St. Louis, her Master of Arts degree in counseling at Lindenwood College and her Bachelor of Arts in interpersonal communication at Truman State University. Her complete resume´, the recording of the June 23 public forum on campus and other information about the search are available on the TBR website at www.tbr.edu/hr/executivesearches/president-volunteer-state-community-college.

“I’m delighted to recommend Dr. Montague to the Board of Regents,” Tydings said. “We are fortunate to have had an excellent pool of candidates and three outstanding finalists, each of whom could well serve the Vol State community as its next president. I believe that Dr. Montague was particularly well received during the campus forums and that her broad range of college leadership experience and work with students and her vision will help her lead Vol State to even higher levels in serving its students and its communities.”

If approved by the Board of Regents, Montague would become the fourth president in Volunteer State Community College’s 50-year history, succeeding Dr. Jerry Faulkner who announced his retirement earlier this year, effective Aug. 31. He has served more than nine years as the college’s third president. The president is the chief executive officer of the college.

Celebrating its 50th anniversary this year, Vol State is a comprehensive, two-year public community college primarily serving 11 northern Middle Tennessee counties. In addition to its main campus in Gallatin, it has campuses in Cookeville, Livingston, and Springfield.  Additional information can be found at the college’s website: www.volstate.edu/

The Board of Regents meeting will be held virtually, by Microsoft Teams teleconferencing, at 2:30 p.m. CT July 27. The meeting is open to the public and will be live streamed and archived on the TBR website at www.tbr.edu/board/july-27-2021-special-called-board-meeting. Anyone wishing access to the Teams meeting itself should contact Board Secretary Sonja Mason by 4:30 p.m. July 26 at sonja.mason@tbr.edu or 615-366-3927, for more information.